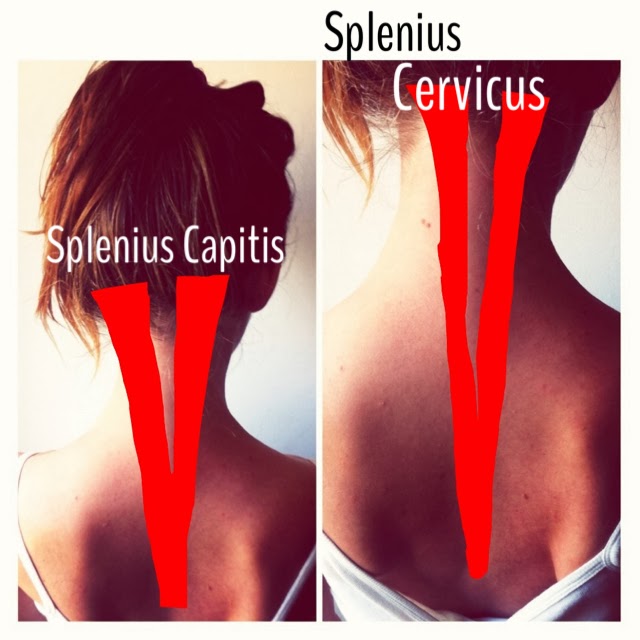 Both muscles run along the back of your neck and spine. I used to think our neck muscles ended when our shoulders and back began but nope!
(Something to consider when you ask for a neck massage!)
Splenius Cervicis starts up at the very top vertebrae in your neck (c1-c3) and reaches down to the thoracic vertebrae (T3-T6 -between shoulder blades)

Splenius Capitis has all kinds of attachment points : starting at the bone just behind your ear & the back of your skull (aka occiput), down the back of the neck c3-c6 , continuing down from c-spine into the thoracic spine (c7 -T4) !! Major!

Cervicis: think neck (aka cervical spine)
Capitis : think head (because it starts on the skull)

Each of these Splenius neck muscles
Form a 'V shape' !

They both perform practically the same actions !
Splenius Capitis and Splenius Cervicis both do the same 3 actions: here's a visual!
https://vine.co/v/hrnrh2WFb3l

1. Ipsi-lateral flexion (aka- ear to shoulder on the side the muscle is on)

2. Ipsi-lateral rotation (aka- turning head to same side muscle is on)

3. Head and neck extension (aka-looking up!)

The main movement of the Splenii is neck extension - these muscles are often referred to as "the neck extensors" and are often tight on most people I treat due to poor posture (head forward position) most common seen in computer/desk workers!
Posted by Christine Northan at 17:09 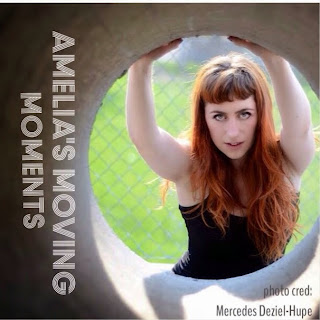